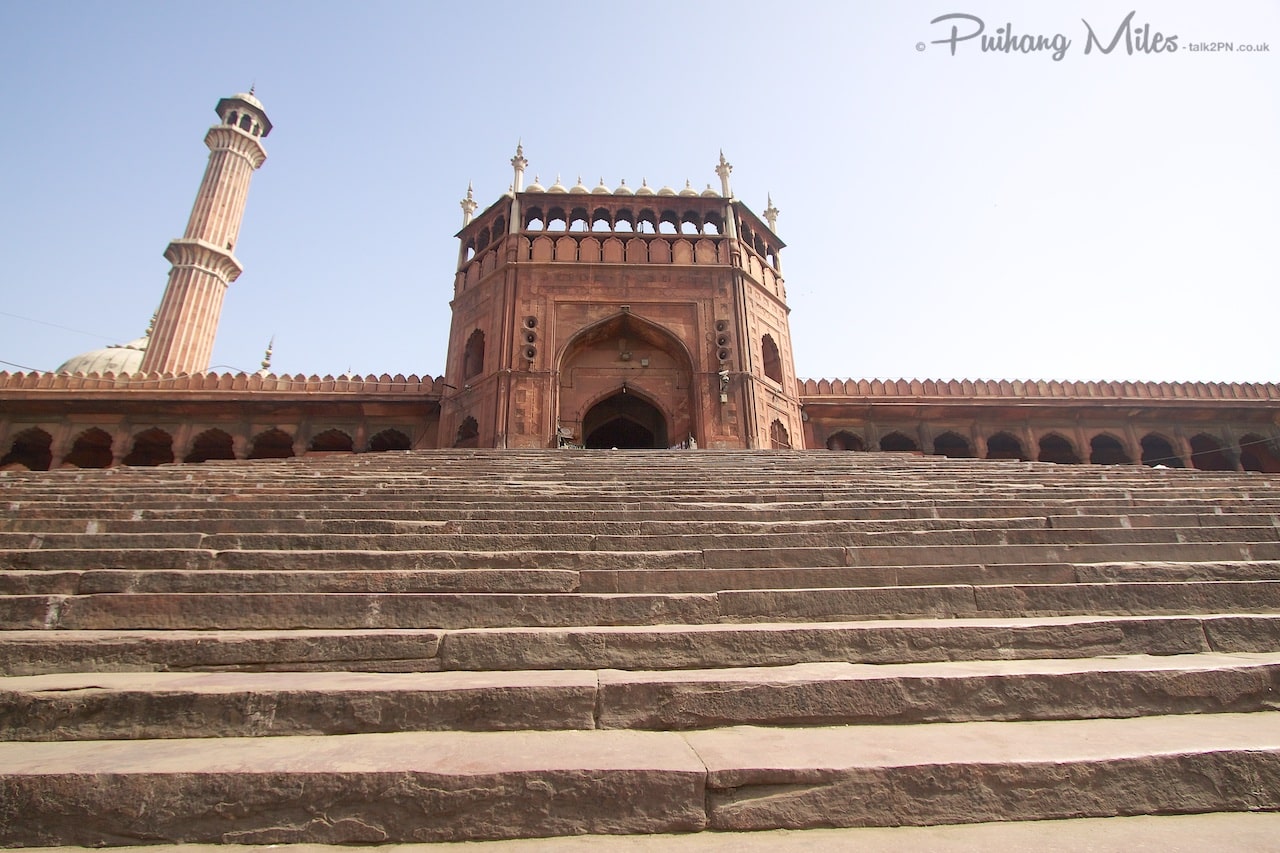 Last summer, I accompanied David on his wildlife photography course.  At the time, I wasn’t really into photography but I was keen to see the cats at the Wildlife Heritage Foundation in Smarden.  During lunch, the course instructor showed off some of the photos he had taken whilst in India.  His photographs of tigers in water instantly caught our attention and we wanted to know whether we could travel with him in the event that he went out there again.  As luck would have it, he was already planning his 2010 India trips, so as soon as the details were released, we booked ourselves on the course.  Roll on 18th May 2010!

In preparation for this trip, David hired a Canon 50D camera body for me and a Canon 100mm-400mm L series lens for the two of us to use. I wasn’t convinced that I needed a DSLR so hiring a camera body and using his existing collection of lens made more sense.

The week leading up to our departure was fraught with problems.  On 14th April, Iceland’s Eyjafjallajokull volcano had erupted bringing European airspace to a standstill and now, its volcanic ash was threatening to ground flights again.  Even if the volcano didn’t erupt for a second time, British Airways cabin crew were threatening to strike and our travel dates were right smack bang in the list of those affected.  It looked like our trip was not meant to be.  But Lady Luck was on our side. On 18th May, the skies were clear and our flight went ahead, in spite of the industrial action.

Upon arriving at Delhi at approximately 7am local time, the first thing to hit us as we got off the plane was the heat.  It was HOT, 35 plus degrees hot.  Now, I’m not a hot weather type of girl.  I am far happier in cold weather than I am in hot weather and the only reason I had agreed to a holiday in India at the height of its summer, was because the intense heat was the only way to guarantee a tiger sighting i.e. we would see them at various watering holes.

We had a few hours to kill before our overnight train journey to Bandhavgarh, so our host gave us two options for killing time.  (1) we could go straight to the hotel and wait there or (2) we could take a wander around the market and take in some sights before going to the hotel for lunch.  David and I had visited India before about 5 or 6 years ago but we were keen to re-acquaint ourselves with this beautiful country, so we went with option 2. 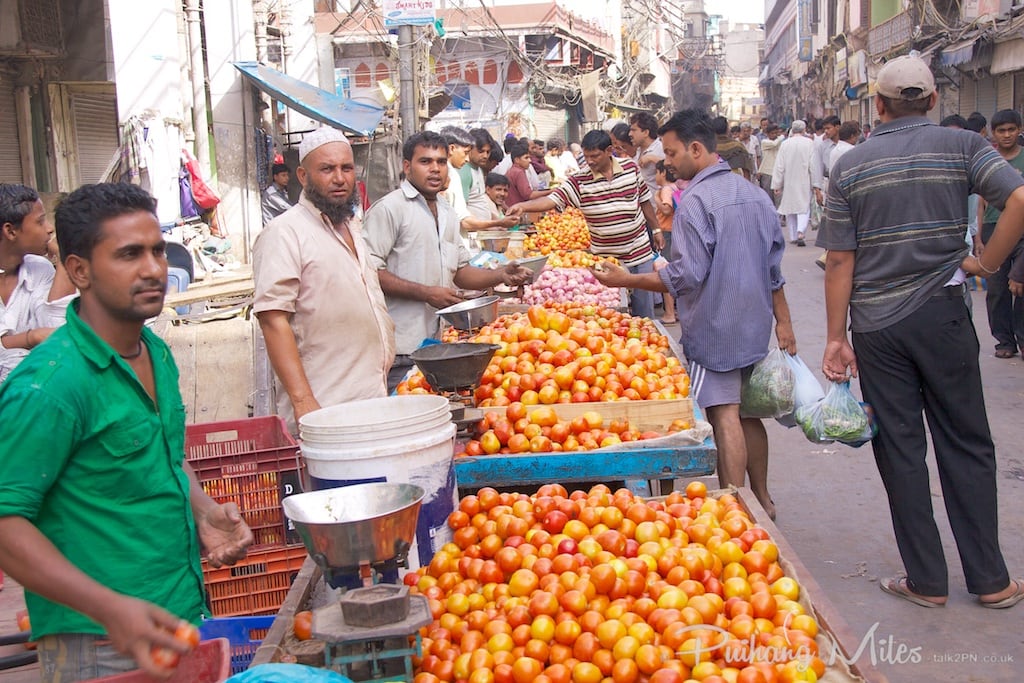 The plan had been to walk through the market and then visit a mosque, however, after an hour or so, the heat proved to be too much for some of us, so rickshaws were organised.

Jama Masjid is probably the largest and best known mosque in India.  It faces west with three entrances.  Each side is covered with open arched colonnades, each having a lofty tower-like gateway in the centre, leading to a courtyard that is so large, that it can hold up to twenty-five thousand worshippers.

Our visit however, was short-lived.  Some of the worshippers noticed that some of the women in our group had bare arms and/or were wearing skirts so we were asked to leave.  The time now was approximately 11am and the heat was fast reaching the point of being unbearable. We unanimously voted to head to the hotel, where hopefully, the air conditioning would cool us down.

After a few long cold drinks and some lunch, we headed to New Delhi train station where we would board our overnight sleeper train to Bandhavgarh.

We arrived at the train station early, so I took the opportunity to buy a length of chain on the train platform to secure our luggage to our bed to ensure that it was not taken in the night.  To be honest, I doubt that the chain would have been of any use to someone carrying a bolt cutter but the purpose of the chain was to serve as a deterrent to anyone who might have had designs on our bags.

Given the heat, my preference would have been to stand in the shade until it was almost time for the train to arrive, and then to move to a more suitable spot for boarding.  However, our host was most insistent that we stand where the doors were likely to be, i.e. under the blazing sun where there was no protection or relief from the heat or the glare.

This did not suit me at all, and as my jeans began to burn my skin, my sense of humour started to fail.  Just when I thought I would snap, there was an announcement – our train was delayed by up to 35 minutes, possibly longer.   The thought of cooking in the sun for a further period did not appeal to me, so I picked up my luggage and marched into the shade, followed by the rest of the group.

We amused ourselves by getting to know the rest of the group better, aided by bottles of cold water to keep us cool.  The train eventually arrived and we boarded, grateful that the air conditioning was ice cold.  David and I were lucky to end up at the end of the carriage where we had a private area to ourselves with plenty of space for our luggage.  Cases secured, David took the lower bunk whilst I climbed up into the top bunk for the long journey to Bandhavgarh. 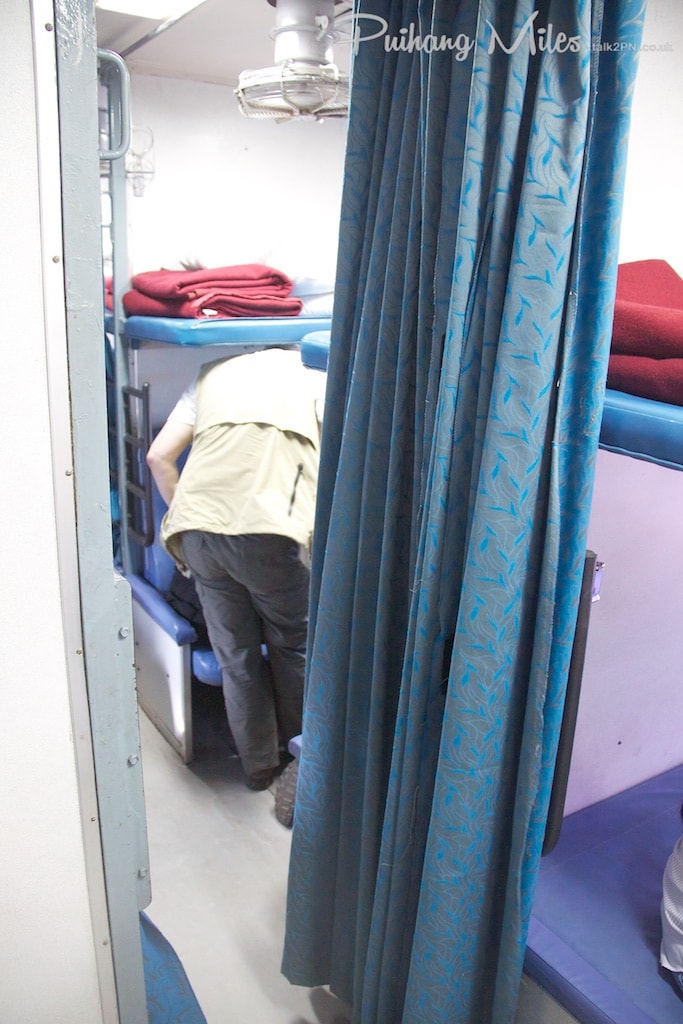 A Tribute to Mittens