Cotswold wildlife park is the largest privately owned zoological collection in the UK with over 260 different species of birds and animals. Below are just a small selection of my favourite images.

These meerkat kittens were just weeks old and this was one of their first forays out of the den.  Just look at how small and chubby they are!

I love red pandas as much as I love big (and small) cats.  The first time I saw one for real was at Paradise Wildlife Park in early 2010 and I instantly fell in love with them.  There’s just something about their sweet, little, cheeky faces and cuddly bodies that is just irresistible. Cotswold wildlife park have two red pandas but sadly, they are not a breeding pair.

The red bellied lemur is one of the rarest members of its family, Eulemur. Despite this, it is one of the least commonly kept in captivity.

Although they are named red bellied, it is only the males who have this feature, the females have a white underbelly. Their distinctive call sounds like a pig grunting, but they will also make meow-like calls.

I had hoped to capture an image of the crowned sifaka leaping amongst the trees but the overhead fencing made this challenging so I settled for an image in the trees. While they are named after the sound of their call, they’re more of a quiet type and rarely vocalise.

The ring-tailed lemur is probably the best known lemur due to its long, black and white ringed tail. It is highly social, living in groups of up to 30 individuals. It is also female dominant, a trait common among lemurs. To keep warm and reaffirm social bonds, groups will huddle together. 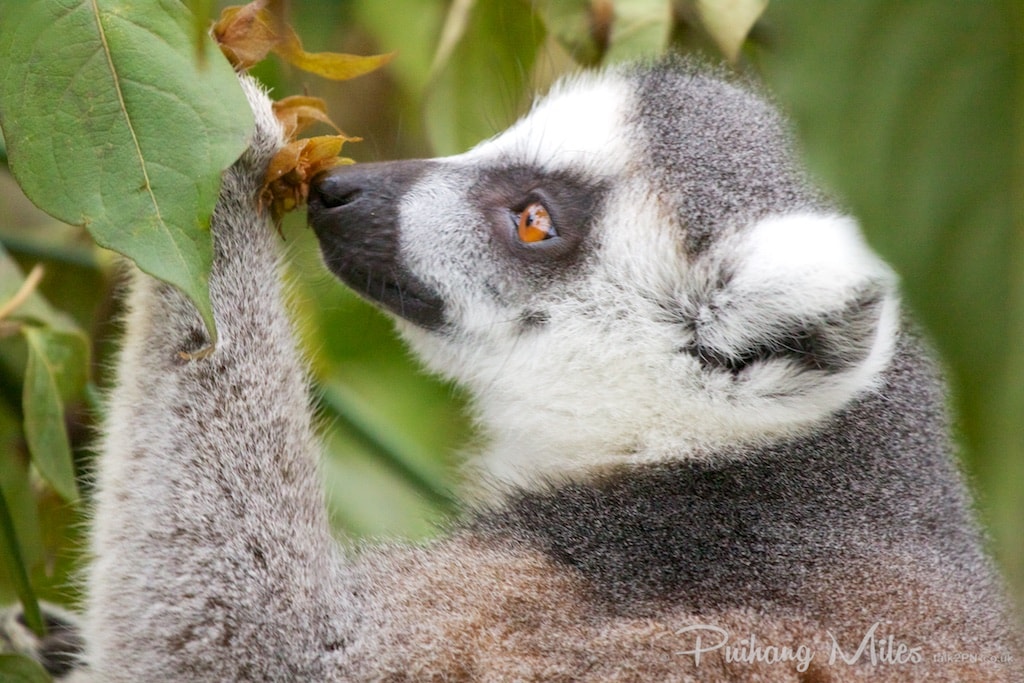 Bandhavgarh – How it all began