It’s been just over 5 weeks since my last visit to the Rare Species Conservation Centre (RSCC) and I was excited at the prospect of seeing all the kittens and pallas cats again. Having spent so much time with them before the centre closed for the month of June, I had missed them.  Little did I realise how precious this visit would turn out to be…..

At just over 3 months old, the Fishing Cat kittens had grown a lot and were starting to lose their kittenish looks but they were still as cute as a button.

I wondered whether the kittens would recognise me after such a long break and was ridiculously happy when they came over to say hello.

The kittens were now eating solid food but were still relying on milk from their mother so whilst they suckled, I left to see how the Rusty Spotted Kitten was getting on.

At 10 weeks old, the Rusty Spotted Kitten had also grown but as you can see, he is still very much a kitten. He was still quite shy and decided that he preferred to peek at me from the safety of his den rather than stay out in the open. 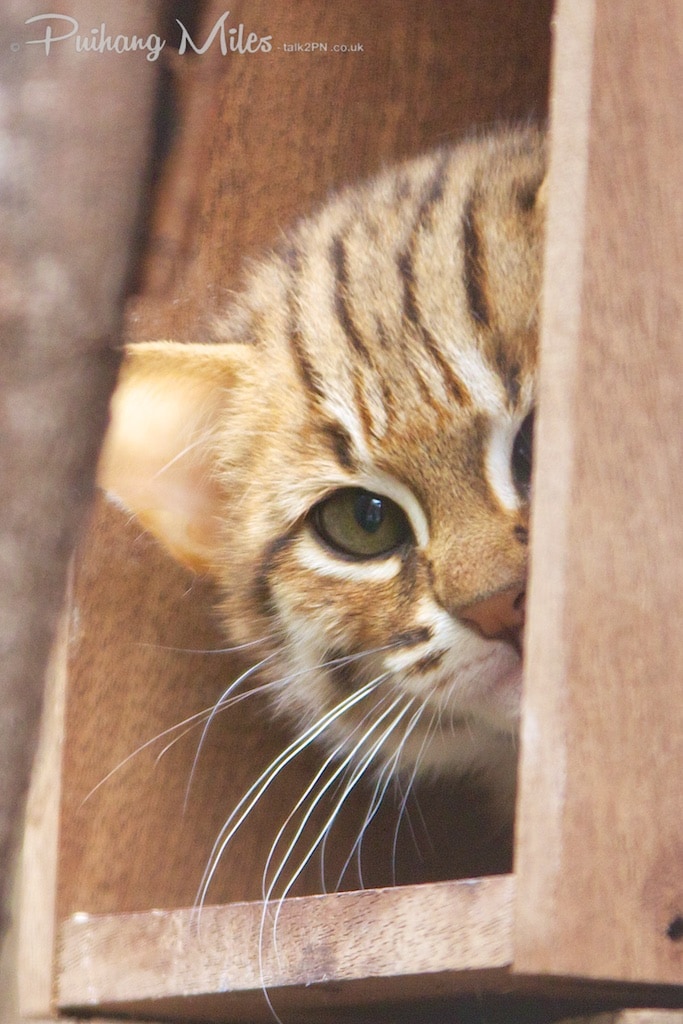 Daddy Rusty Spotted Cat is kept in a separate enclosure because he wasn’t playing so nice with the kitten.

The Amazonian area was being repainted and the smell of paint was starting to make me feel queasy so I popped outside from some fresh air.  I timed my exit well as Schlotti the Sun Bear was out and about. 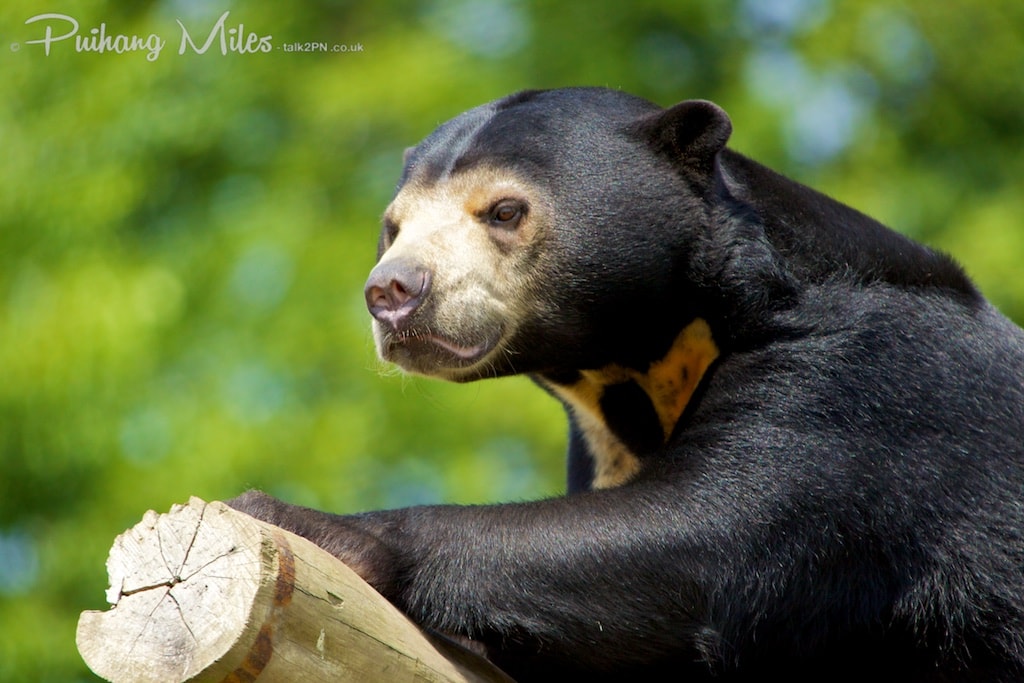 RSCC is home to two Sun Bears – Schlotti and Indera. The latter is a young male and still quite shy so although they share the same enclosure, they take their play time in the sun separately.  This is mainly to help Indera settle in.  As the keeper called Schlotti to get her back into her pen, I waited for Indera to come out. He was surprisingly easy to spot.

Short Face and Long Face, the juvenile Fishing Cats were also out and about and posed beautifully for me.

My favourite Pallas Cat, the lovely Pamir. Whilst I didn’t get to spend much time with Pamir while she lived at WHF as a kitten, I had grown quite attached to her since her move to RSCC to become part of the Pallas Cat European Endangered Species Program (EEP).  In fact, had it not been for Pamir, I would never have discovered RSCC.

The Rare Species Conservation Centre has been phenomenally successful when it comes to breeding and the thought of being able to spend lots of time with Pallas Cat kittens, should Pamir get pregnant filled me with much excitement.  However, this was not to be.

As I mentioned at the start of my blog post, I had no idea how precious this visit to the RSCC was going to be. Unbeknownst to me, this was to be the last time that I would see Pamir, Genghis, the Fishing Cat kittens and their parents at RSCC. Just a fortnight after I visited, they were all relocated.

I still have no idea where Pamir and Genghis have gone and this saddens me greatly. What pictures I have of them are now so very precious, as are those of the Fishing Cat kittens as teeny weeny kittens.

I also have no idea of the whereabouts of the Fishing Cat kittens’ parents.  The kittens themselves now call the Wildlife Heritage Foundation home.  They’ve also been given names – the boys are called Aquarius and Neptune and the girl, Angel. I take some comfort in the fact that I will still be able to see them grow up but it won’t be the same as I no longer have the easy access that I once had when they were at RSCC.