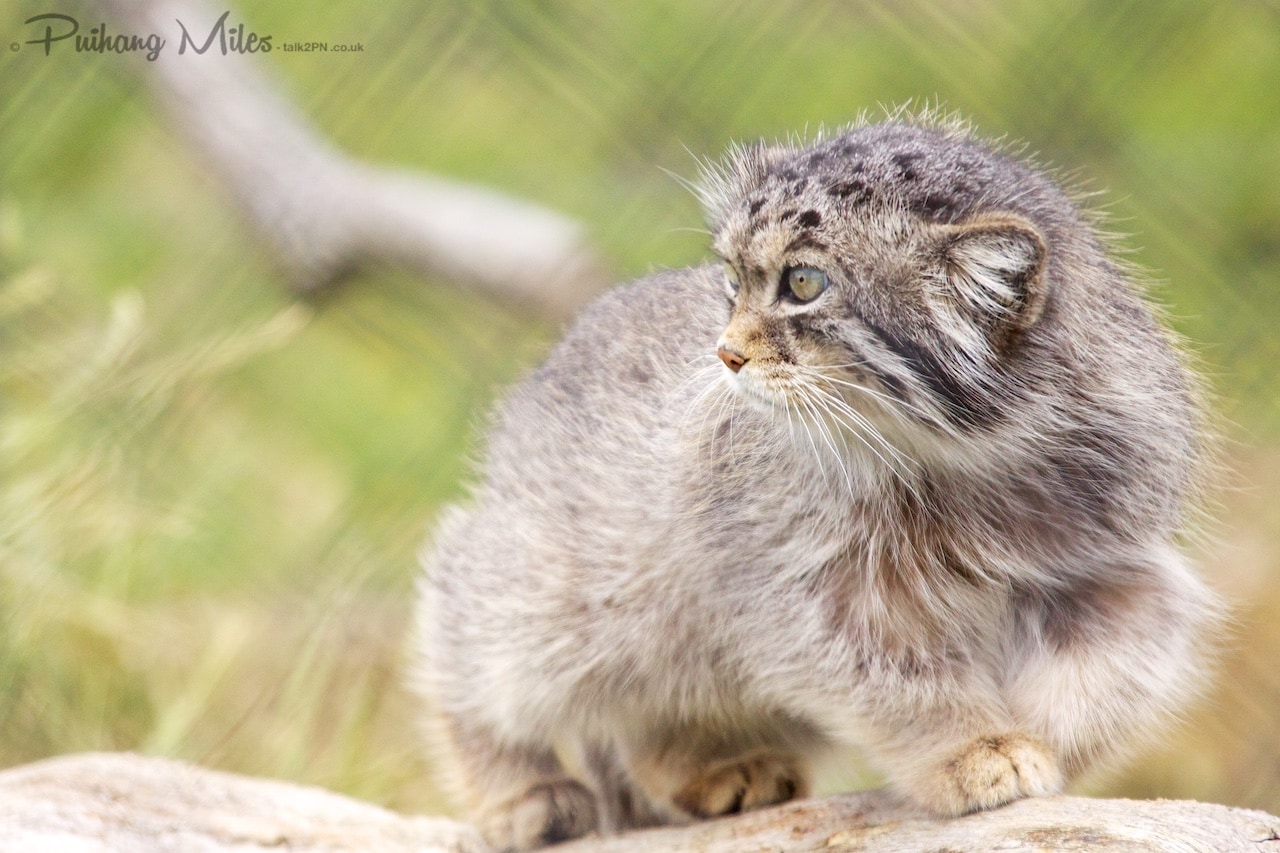 Today was our first day back to Port Lympne since they introduced their Passport scheme.  It’s been 9 months since our last visit and to be honest, I’m amazed that we haven’t been back sooner, especially since there was the opportunity to watch the Amur tiger cubs growing up!  Still, we’re here now and armed with Passports, we can come back as often as we like.

There have been quite a few changes at Port Lympne since we were last here and I’ve yet to decide whether it is an improvement or not.  Many of the animals have been moved to different enclosures, some for the better, others, in my personal opinion are for the worse.  I was also extremely surprised to see that Port Lympne had Red Pandas again so soon.

Upon arrival, we were given a map and told to make our way to Base Camp.  From there, we would take one of the safari trucks to do a tour of the African Experience.  The truck would stop at certain points and we were free to hop on and off as we felt like it.  Whilst the ride was different and allowed us to see many of the resident animals, it didn’t really stop long enough for those of us looking for photographic opportunities. I can honestly say that having ridden on the safari truck once, I don’t personally feel the need to do that part of the experience again.  For me, it simply ate too much into my photographic opportunity time.

The final truck stop was by the entrance of the Carnivore Territory.  As we approached, I noticed that the Scottish Wildcat enclosure was now off show.  Fortunately, there was still access to the Lynx and Caracals who were situated across the road from the Wildcat enclosure. However, unless you have been to Port Lympne before, you would not necessarily know which path to take in order to see them as they are not signposted.

New to us in the Carnivore Territory was the Pallas Cat enclosure.  It is simply enormous and quite lovely for the resident Pallas Cats, of which there are two – both females.

Regular readers of my blog will know how fond I am of Pamir Pallas Cat (location currently unknown) and how pretty I think she is; but I have to say that this little girl comes a close second. 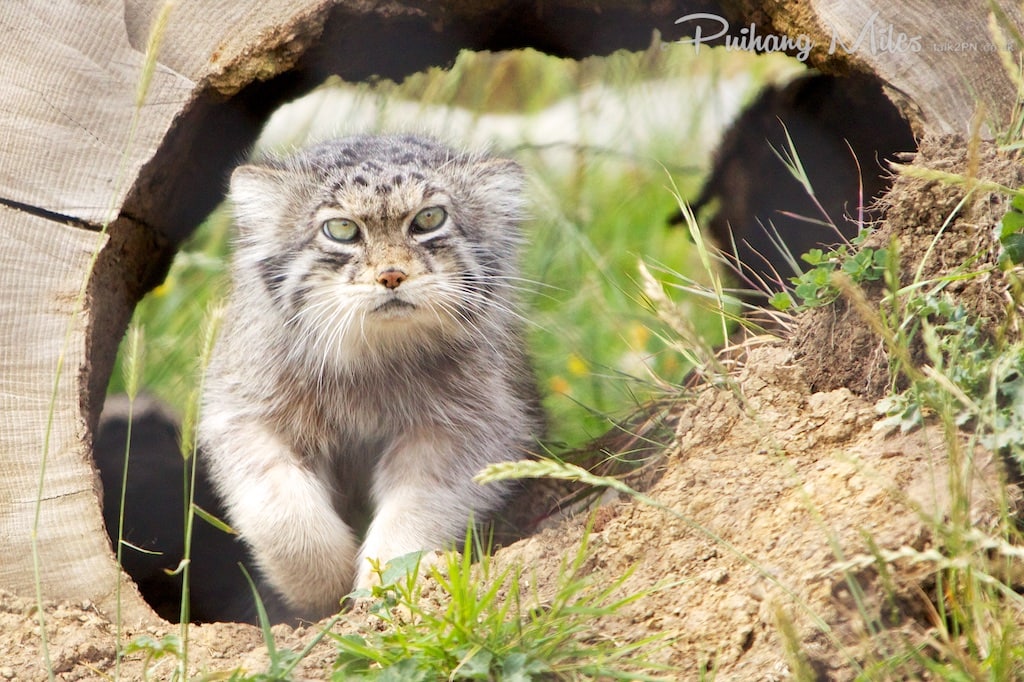 She kept us amused for ages by doing a little circuit of the enclosure.  This started off with her disappearing into her log, scampering around the back to emerge into view again from the tunnel below. From there, she would run along a connecting log, have a little scratch and then disappear back into the little log.  Occasionally, she would mix things up a bit, just to keep it interesting for us. 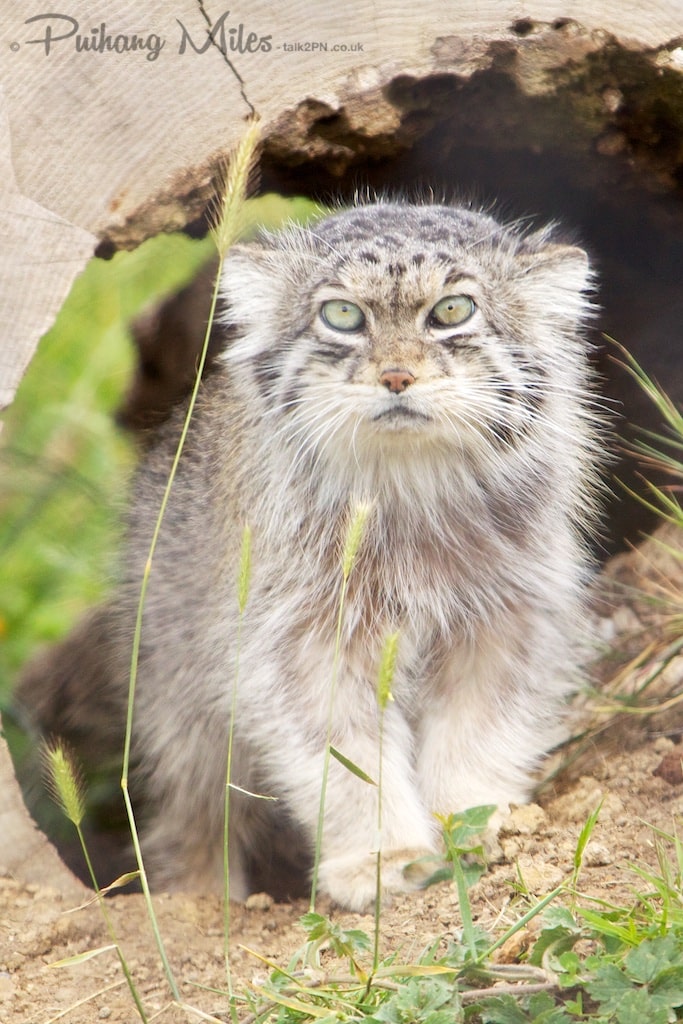 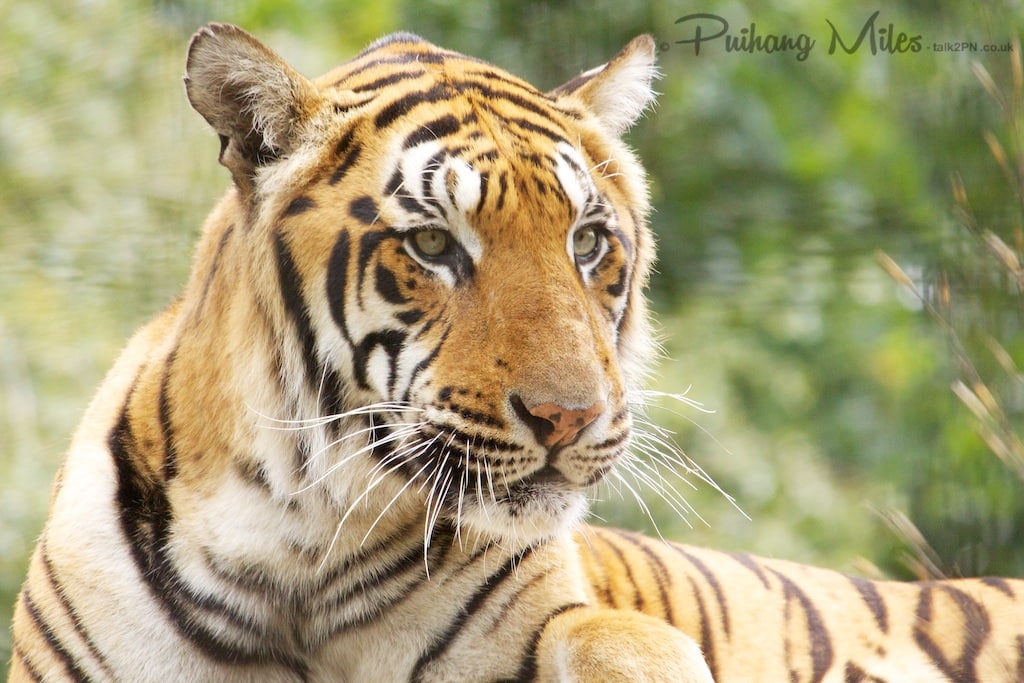 The tigers were located quite close to one of the eating areas and as we were hungry, we decided to have a very late lunch before taking more pictures of them.  The timing of our eating couldn’t have been better.  No sooner had we sat down than the heavens opened up.  It rained heavily for quite some time and by the time it finally abated, the tigers had retired to their den. 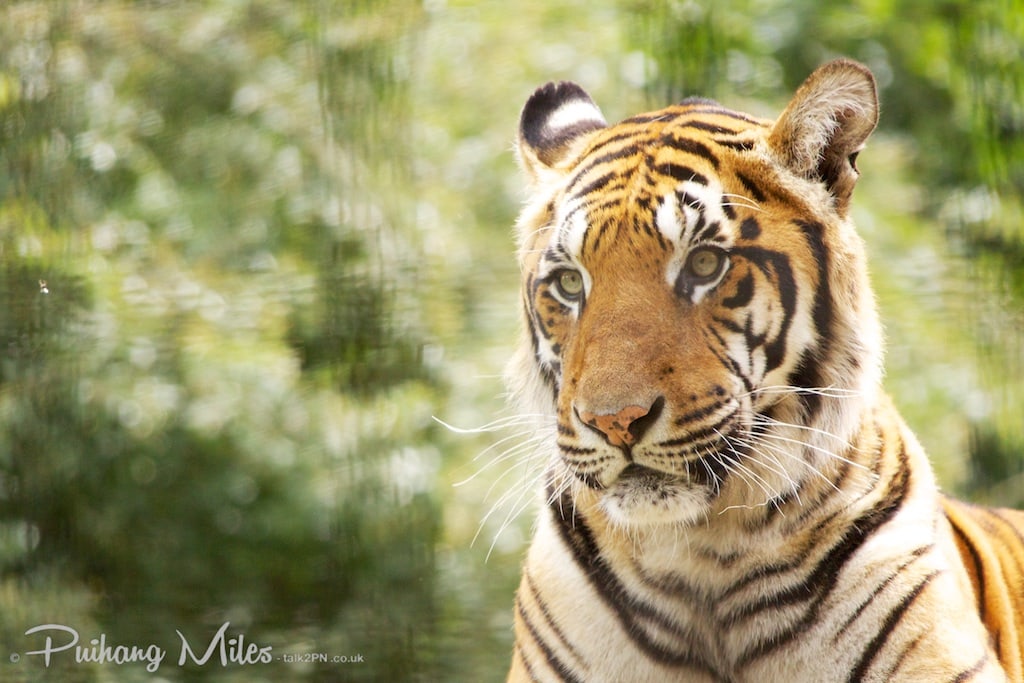 We decided to go and see the Amur tigers but when we arrived, they were all asleep!  As it was getting close to closing time for the park we decided to call it a day and come back another time.  Now that we know the new locations of all the cats, our next visit should be more productive.